Earth anchoring system used to stabilise temporary sheeting and mesh on slope on the Rockwood Estate as part of a development project, this 82m long retaining wall was re-mediated. While 65m of dry stone wall was carefully dismantled and rebuilt, the remaining 17m of mortared wall needed support. All anchoring was concealed aesthetically and drainage was provided to alleviate pore water pressure.

The 65m dry stone wall was dismantled and the slope re-profiled. A geotextile and mesh were laid first, followed by the installation of 2 rows of anchors on 1m long steel soldiers, distributing load across the slope. The lower row of anchors incorporated active Plati-Drains running through weep holes constructed below each anchor to facilitate drainage from behind the wall.

The 17m retaining wall was supported with a row of anchors installed through a single core hole half way up the retained height. Sock anchors were recessed in the wall and the core holes were plugged to conceal all evidence of anchoring. 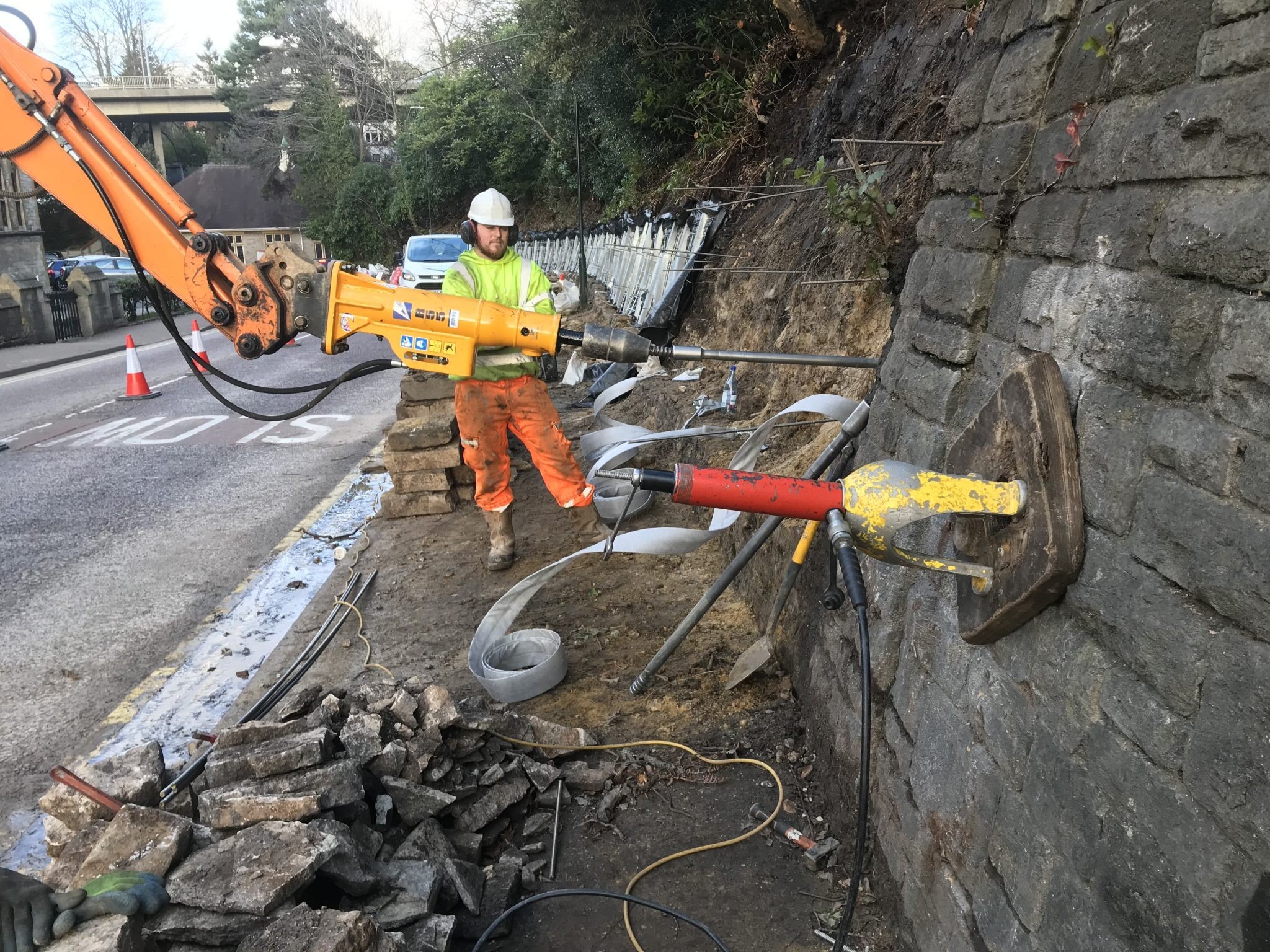 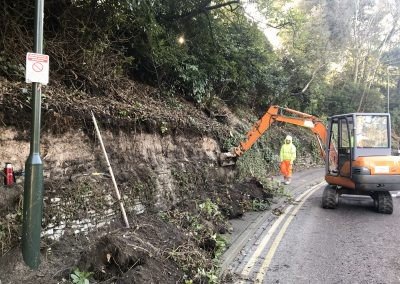 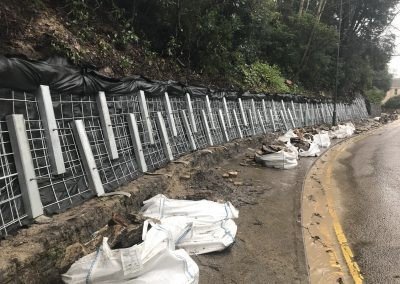 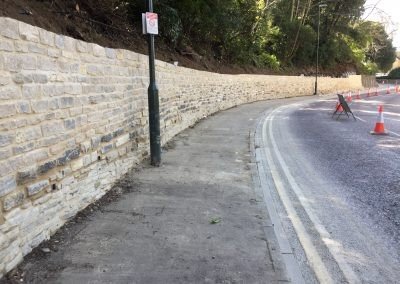 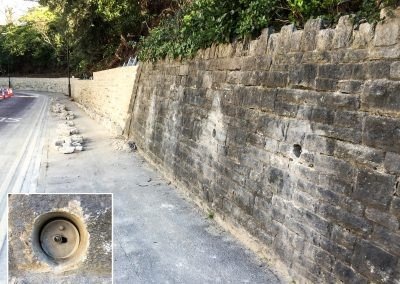 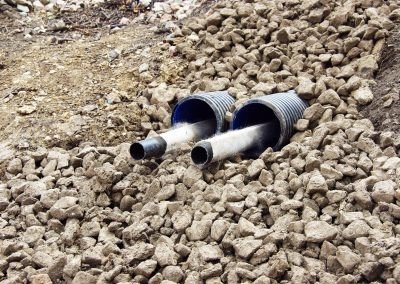 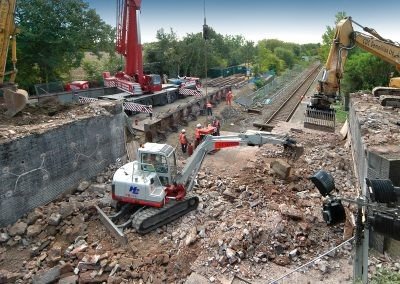 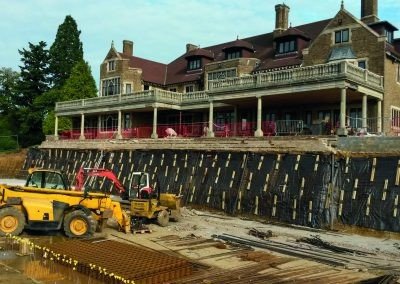 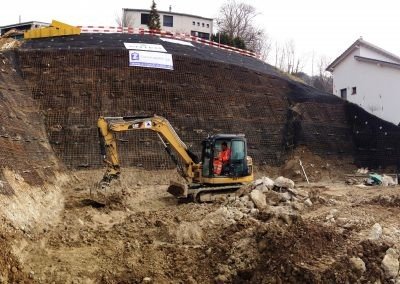 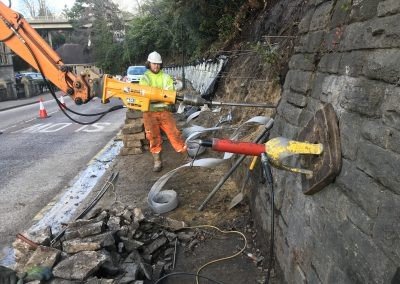 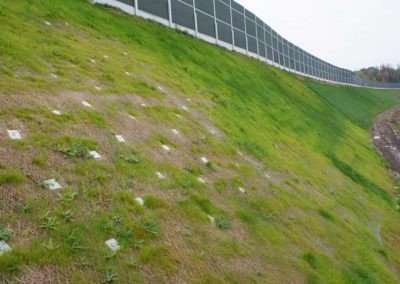 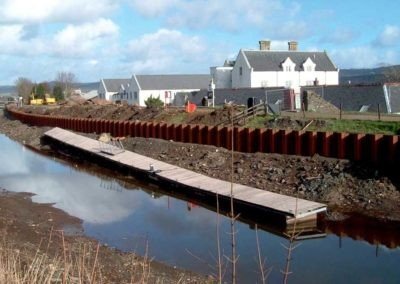 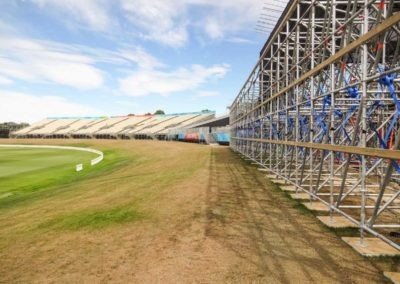 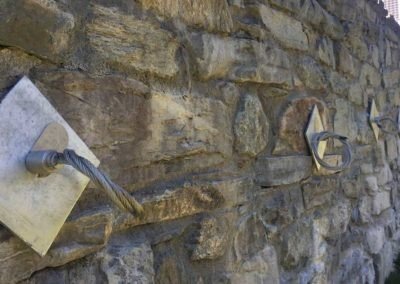 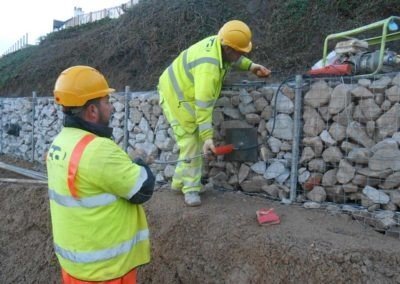 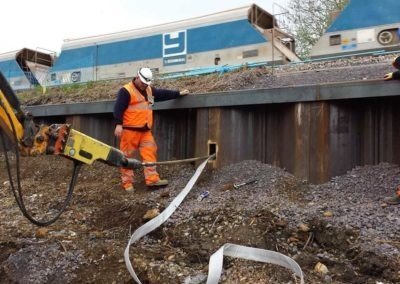 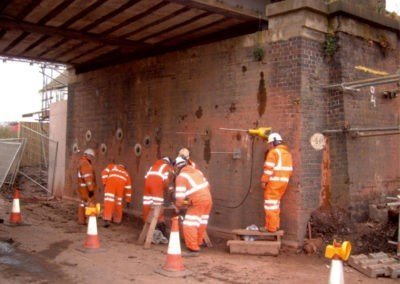 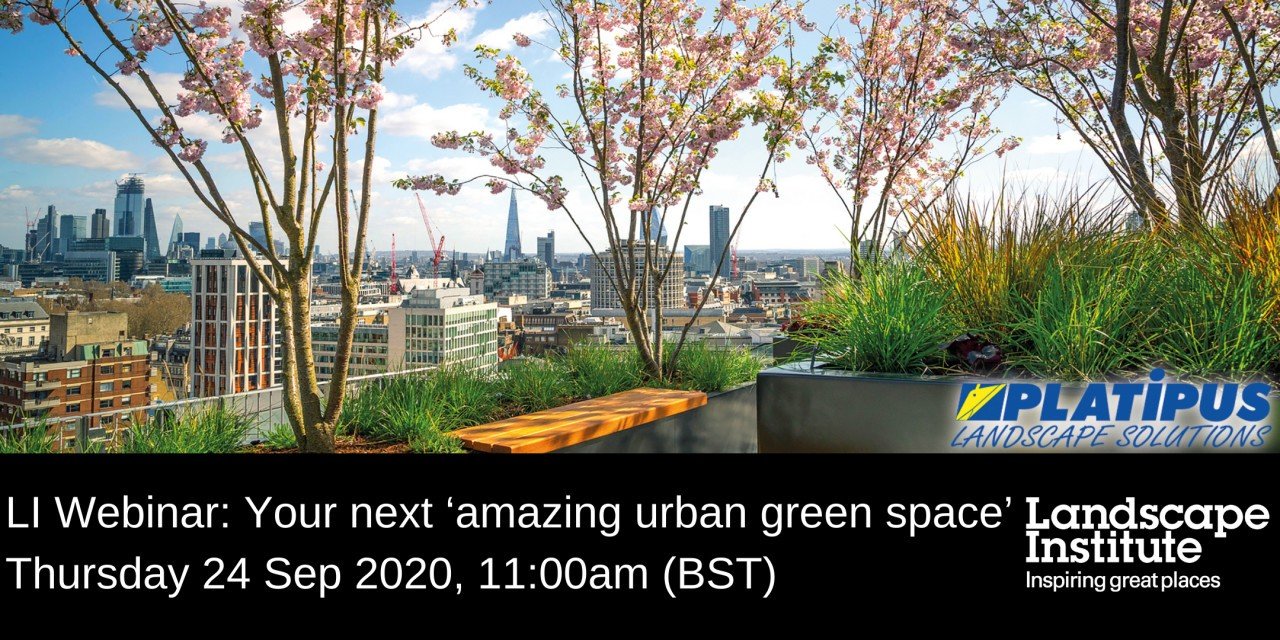